In Italy ageing is a dynamic process in continuous growth, with a progressive increase in life expectancy, reaching the threshold of 84.3 years for men and 88.5 years for women in 2045; while the residual life expectancy of 65 years is expected to rise to 21.5 years for men and 24.9 years for women. If we look at the data after a decade, we can see that the phenomenon is becoming more and more insistent, because in 2005 the old-age index was 138.1 elderly for every 100 children between 0 and 14 years. Ten years later, the index reached 157.7 elderly people for every 100 children between 0 and 14 years with an index growth of over 14%. What has contributed most to this phenomenon is a reduction in mortality, especially in old age, resulting from an improvement in medical/scientific knowledge and in treating various diseases better and with more effective results.

These trends made it possible to create an economic opportunity, called the Silver Economy, defined as “all types of goods and services for older adults and an aging population, including extending the working life, volunteerism, and active citizenship of older people”3. The ever-increasing gap between retirement age and life expectancy stimulated this phenomenon and there are new business opportunities for those satisfying the needs of this growing segment of the population.

The impact of Silver Economy can be calculated in worldwide consumption of € 304.7 billion, which in turn can generate employment of 5.6 million people and a total GDP of 417 billion.4If it were a sovereign state, the Silver Economy would be the third largest economic power in the world, right after the United States and China, but ahead of Japan, Germany and Great Britain5. According to data from the European Commission, in 2015 the over 50s spent 3.000 and 700 billion euros on goods and services, contributing 4.000 and 200 billion euros to European GDP and supporting 78 million jobs across the Union. In Italy it is estimated that the over 65s are characterized by an average annual per capita consumption that reaches 15.7 thousand euros (compared to 12.5 thousand for those under 35); an average income of 20.000 euros (compared to 16.000 for those under 35); a higher per capita wealth of 232 thousand euros (compared to 110 thousand for those under 35); the financial solidity is higher with 1 in 10 elderly in debt (when for the under 40 the percentage is 1 in 3); a lower incidence of poverty than those under 35 (13% versus 30%).6

It is important to dispel the cliché that the expenditure of the elderly is predominantly characterized by health services. Health care is certainly of fundamental importance, ensuring that new seniors lead a healthy and active lifestyle in order to be able to manage themselves more independently and actively contribute to social life. However, it is clear that the new “Silver” spends more and more in sectors that can give them greater well-being, especially from a social and psychological point of view, such as travel and recreational activities. Consequently, focusing on the elderly with innovative services can be an important driving force for the economy and for relaunching the growth of rapidly aging countries such as Italy and Japan, to name a few. The Senior population is keeping up with the times and is rapidly evolving by changing their interests, manifesting completely new needs and requirements compared to previous generations7. All this leads to the creation of a “new consumer”, who will be able to create new and interesting markets and economic opportunities.

The potential development of the Silver Economy also passes through a different use of technology by the over 65s. Technology companies have faced numerous resistance and setbacks in satisfying this age group, because very often older people are reluctant to use new technologies8. In fact, research showed that in the 65/74 age group only 8% possess more than basic digital literacy, an even more pronounced problem among the over 759. Consequently, with the growing age of people, a negative attitude (technophobia) towards technology seemed to increase, even more if the technologies are not considered functional or if they are recommended from a technophobic person10. This was partly due to the fact that the senior population associated technology, in particular social networks, with negative and uneducational behaviors of young people. In their imagination, social networks are often not perceived as virtual meeting places or as an opportunity to stay in touch with the people they care about and who live far away.

However, a reversal trend to this phenomenon is emerging, due in part to the pandemic, which has “forced” the entire population to equip themselves and use smart technologies to carry out routine tasks. More and more seniors are approaching telematic communication, telephony, computers or the internet. Even if young people are still the most frequent users of the web, the spread of internet use is starting to be significant even among the over 6511.

Recent data show that there has been a strong growth in seniors in going online from 42% pre-pandemic to the current 51%12. The pandemic has pushed the elderly to use new technologies in order to continue to maintain contact with acquaintances and family members as well as to be able to make their purchases from home and to be able to get in touch with the public administration for every need, including health13. What now pushes a considerable part of the elderly to use technology is above all the desire not to be excluded from news and sharing. Basically, seniors are driven by the desire to remain active in the social context as well as to keep up with the times.

After years of indifference towards this problem, the institutions and governments have worked to include seniors in the digital world. For example, the Council of the European Union has approved a document, “Human Rights, Participation and Well-Being of Older Persons in the Era of Digitalisation“14, which proposes a way to fully address the well-being and social inclusion of the elderly in the digital era.

This further confirms that new technologies (including the IT management of large volumes of data, artificial intelligence, robotics, home automation) offer them enormous opportunities15. Technology can support the over 65s in various areas, all connected to the wellness of Seniors, starting from the “new home”, mobility and health.

Among the factors that guarantee a simplification of access, there are certainly the “Voice Assistants” which currently can allow new seniors to carry out small and simple tasks. Voice assistants are already able to allow the carrying out of a myriad of activities, such as listening to a piece of music, operate the curtains or turn on the lights of a room. With further technological developments, these technologies will perform difficult and complex tasks for the well-being of elderly people, such as ordering groceries from home or booking a medical examination or health check.

Another key role is certainly played by sensors and the world of IoT and IoMT (Internet of Things and Internet of Medical Things). Thanks to the development of increasingly powerful communication infrastructures (i.e., the 5G internet line), it will be possible to collect data and information ranging from the medical to the domestic field, with the possibility to be constantly in contact with doctors. Physicians will be able to remotely monitor elderly state of health, avoiding risks and hospitalizations as well as gradually calibrating therapies and treatments in a more appropriate and precise way.

Technological development is also providing companion robots that support the active life of the over 65s, favoring and improving their well-being16, or service robots that assist the elderly in routine tasks, such as cleaning or surveilling the house.

These technologies can allow elderly to keep living in their home, without necessarily having to move to nursing homes. To do so, the house will need more and more technology and it will be crucial to convince the elderly to modify their homes. To do so, service designers should guarantee value propositions going beyond technology facilities, such as energy savings and optimization of the internal temperature. The new materials must allow the creation of real “Smart Homes”, where seniors can remotely control the internal temperature, lighting and home security, thus preventing domestic accidents and protecting against the risk of intrusion.

In this critical process of elderly technology acceptance, designers should aim to functional simplification and facilitating access, developing interfaces, commands and icons that could be defined “Silver friendly”. Finally, technologies interacting with elderly should be unobtrusive, especially when providing suggestions of products and services corresponding to the tastes and interests of over 65s.

New technologies for seniors should be affordable, accessible and easy to use, not leading to stress and confusion. To be successful in the Silver Economy, service designers must simplify elderly access to “active social life”, since this segment of the population requires services that are simple to use in everyday life, efficient and tailored to their needs.

For this reason, it is of fundamental importance that also the institutions promote social programs dedicated to the elderly to make them independent in the use of the virtual. Seniors should now access to digital services in a simple and compatible way with their reduced technological capabilities, to make them feel more confident and inclined to use technology.

It is evident that the potential development of the Silver Economy depends on the possibility that supply and demand can meet and interact in the most optimal way possible, taking into account the great potential offered by technology. In recent years there is a growing attention of the IT companies and numerous startups in the development of “digital health” tools designed to improve health for elderly segment. Among these, there are smart watches and bracelets to monitor the health of people and smartphone apps to administer information treatments, collect or store physiological data and make simple diagnoses. The striking example was the launch of the Apple Watch which was registered in the United States by the Food and Drug Administration as a medical device and which is capable of detecting episodes of atrial fibrillation by performing a single lead electrocardiogram.

Digital therapeutics also promise significant changes in the care of patients who are no longer self-sufficient and with long-term care needs, especially chronic diseases, which frequently occur in older ages. These solutions are useful for the elderly and caregivers, allowing them greater adherence to treatments, access to training and information content and facilitation of remote communication with family members and specialists.

3.Klimczuk A. Supporting the Development of Gerontechnology as Part of Silver Economy Building. Ad Alta: Journal of Interdisciplinary Research 2012; 2: 52-56. 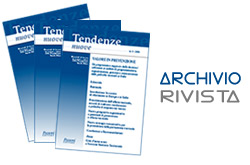